Cattle farming is the main driver of illegal land seizures on Reserves and Indigenous territories in Brazil’s Amazon, fuelling deforestation and trampling on the rights of Indigenous and traditional people living there, Amnesty International said in a new report today. 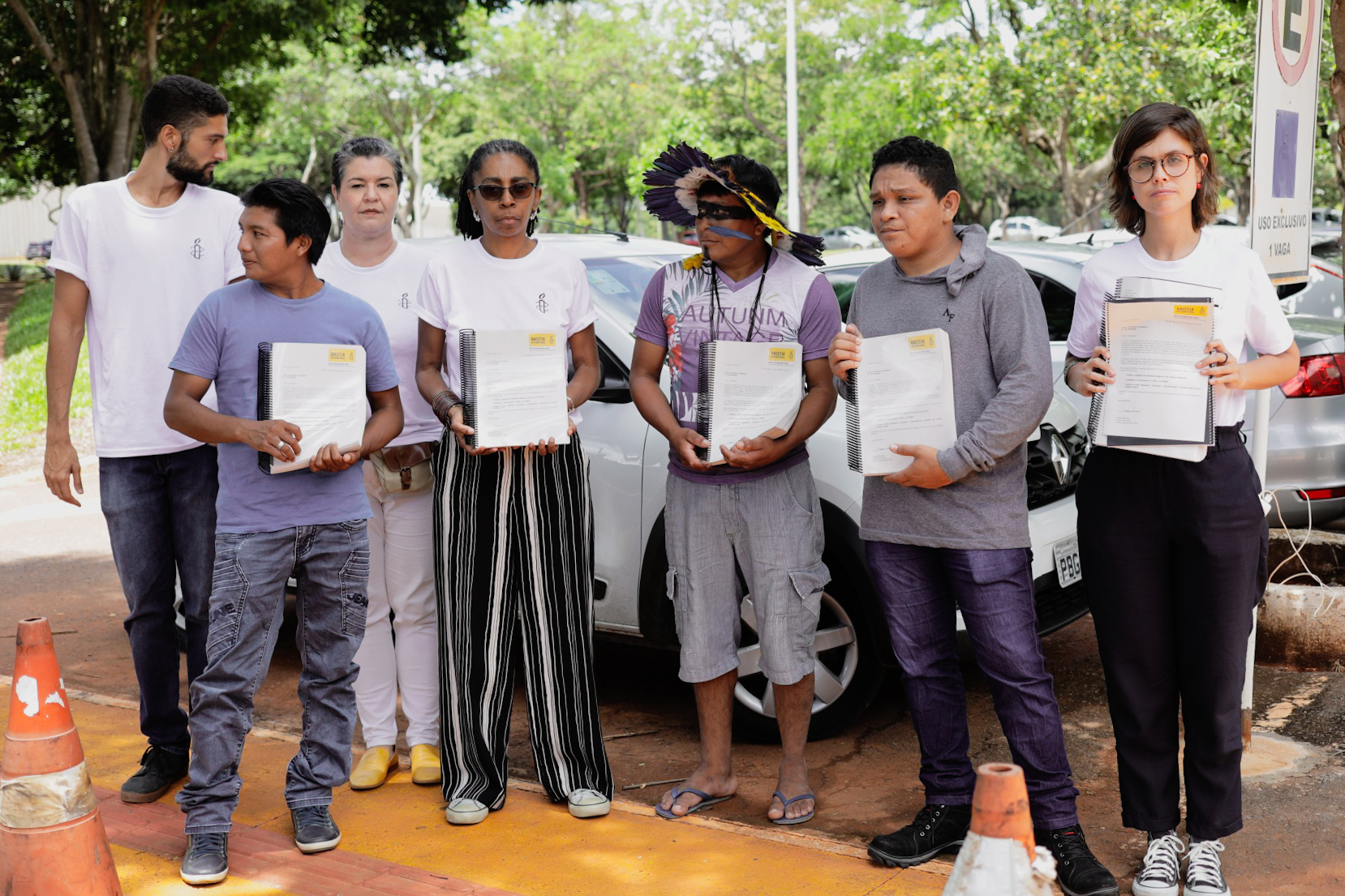 Fence off and bring cattle: Illegal cattle farming in Brazil’s Amazon was released as Amnesty International Brazil, alongside Indigenous leaders from the Amazon, presented a petition with more than 162,000 signatures to Brazilian authorities calling on them to stop illegal seizures of protected land in the Amazon.

“Illegal cattle ranching is the main driver of Amazon deforestation. It poses a very real threat, not only to the human rights of Indigenous and traditional peoples who live there, but also to the entire planet’s ecosystem,” said Richard Pearshouse, Head of Crisis and Environment at Amnesty International.

“While the Bolsonaro administration slashes environmental protections at the Federal level, some state authorities are effectively enabling the illegal cattle farming which destroys protected areas of the rainforest.”

Around two-thirds of the areas of the Amazon deforested between 1988 and 2014 have been fenced off, burned and converted to grazing pasture –almost 500,000 km2, a total land area equivalent to five times the size of Portugal. Amnesty International’s report documents how some state authorities are effectively enabling cattle farming in protected areas.

Reserves are areas designated for the protection of the environment, the livelihoods and culture of its traditional populations including the sustainable use of its natural resources. Along with Indigenous territories, they are protected under Brazilian law and international treaties.

Official data, satellite imagery and site visits by Amnesty International show how illegal land seizures, by and large linked to cattle ranching, are on the rise in all five of these areas.

Pattern of converting forest to farmland

Cattle farmers and grileiros –private individuals who illegally seize land –follow a broad pattern to convert tropical rainforest into pasture in Brazil’s Amazon. Plots of land in the forest are identified, trees are cut down and cleared, and then fires are lit (often repeatedly in the same area), before grass is planted and cattle then introduced.

New roads being cut and the appearance of campsites in the protected forest are among the warning signs that this process has begun. Amnesty International documented how these activities have been rife in the Uru-Eu-Wau-Wau Indigenous territory in Rondônia, much of which overlaps with the Pacaás Novos National Park, where a federal environmental agent said more than 40km of new roads had appeared since 2017.

Another tell-tale sign that illegal farmers and grileiros are trying to seize land is the fencing off and burning down of large areas of the forest. Amnesty International witnessed and recorded drone footage of this happening in Manoki Indigenous territory in Mato Grosso on 23 August 2019.

The organization analysed remote sensing burn data and satellite imagery across the five territories and a clear pattern emerged. In multiple cases, satellite imagery captured land being burned adjacent to areas with cattle visibly roaming freely within protected areas. In some cases, probable paths from cattle moving through recently burned areas were visible.

Indigenous and traditional residents in four of thefive protected areas told Amnesty International how these new invasions have often been accompanied by violence, threats and intimidation. At the fifth site, Rio Jacy-Paraná reserve, virtually all the original inhabitants have now been forcibly evicted from the reserve and are afraid to return because armed invaders involved in cattle farming now live on their land.

Government agencies with the mandate to protect the reserves have also been targeted. An environmental agent near Uru-Eu-Wau-Wau territory told Amnesty International: “We were surrounded by invaders. Thirty-two men, mostly hooded, arrived by foot behind us, with bottles of gas…. There was a lot of shouting, threats, calling us ‘thugs’.” The tense standoff lasted over an hour before the assailants left, but several weeks later they began sending the environmental agents audio messages with threats of violence.

In some cases, including in the Uru-Eu-Wau-Wau Indigenous territory, the threat of armed violence against Indigenous peoples and environmental protection workers has been so severe that the armed forces and federal police have had to intervene.

Amnesty International filed Freedom of Information (FOI) requests with state authorities in both Rondônia and Mato Grosso to access data on the number of cattle grazing in protected areas and on cattle movement. Rondônia’s animal health control agency responded with incomplete data. Despite receiving five different FOI requests, Mato Grosso authorities declined to share any data at all. The data that Amnesty International obtained for Rondônia shows that there were over 295,000 cattle in Indigenous territories and environmentally protected areas in that state in November 2018.

“The public has a right to know about cattle ranching in protected areas –after all, this is criminal activity. Brazilian authorities must make this information publicly available and take meaningful steps to end illegal cattle farming in protected areas,” said Richard Pearshouse. “This report is part of our ongoing research into the rights implications of cattle ranching and illegal deforestation in Brazil’s Amazon. Companies in this sector are on notice: the scrutiny of Brazil’s cattle industry is about to increase.”

For more information or to arrange an interview, please contact: Amnesty International’s press office in London, UK, on: +44 20 7413 5566